For more information about the SEER program and data, please see the SEER homepage

The cancer registry data released as part of SEER-MHOS are included in a customized file known as the SEER-MHOS Cancer file. This file is an expanded SEER Research Plus file (e.g., it includes additional information variables (e.g., on place of residence, registry-determined first course of therapy and biomarker test results) not typically released by SEER, but is limited to Medicare beneficiaries. As such, the SEER-MHOS Cancer file includes one record per tumor diagnosed among persons in the SEER database who have been matched with Medicare enrollment records. Each record includes information about the person (e.g., age at diagnosis, sex, race, ethnicity, and marital status) and the tumor (e.g., site, stage, histology, and grade). Refer to the 5-digit Site Recode Web Site Policy 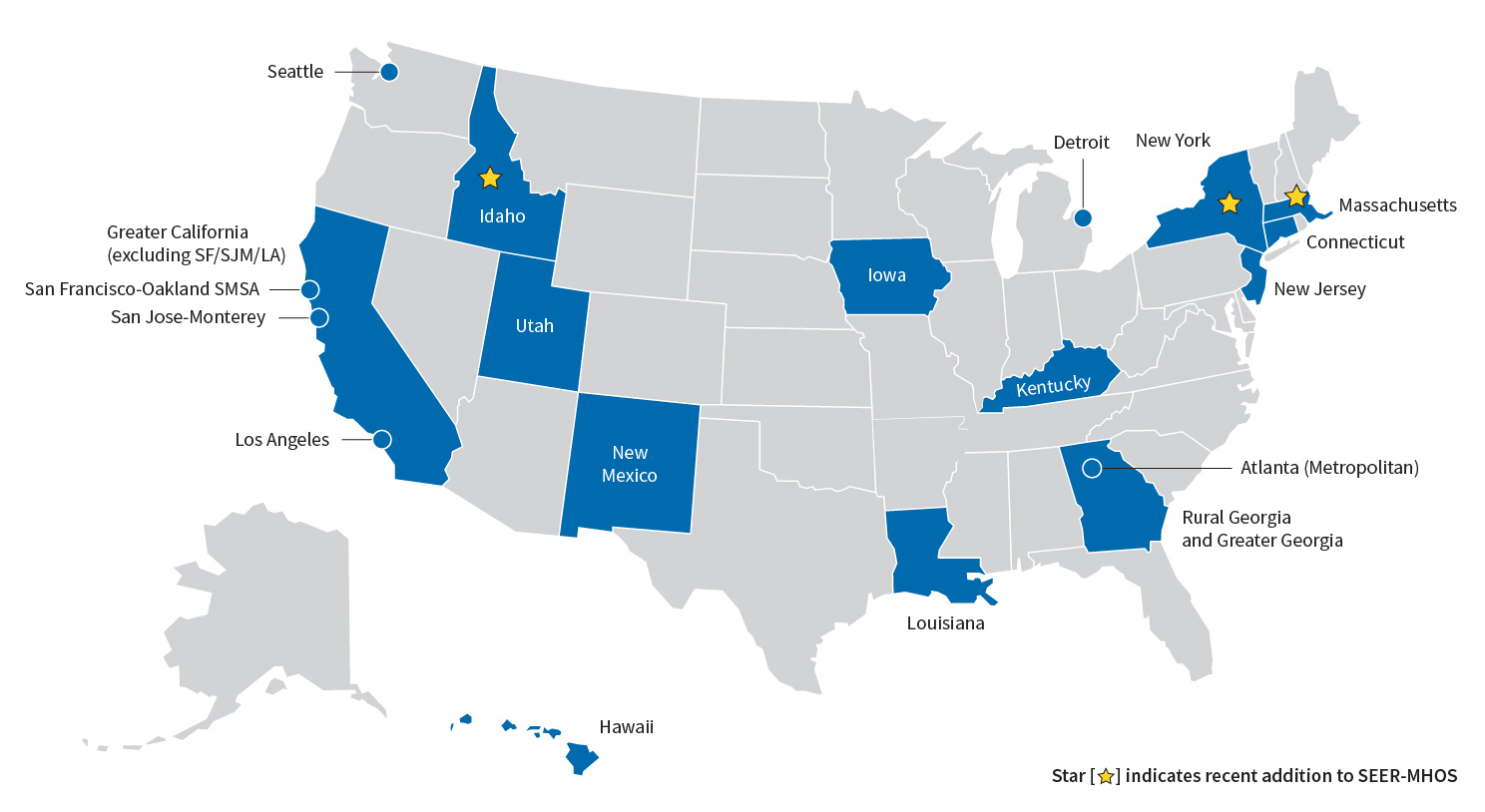 *As of 2021, Detroit is no longer in the SEER Program but is included in the current data release for all listed years.

**Idaho, Massachusetts and New York did not join the SEER Program until 2018, but limited variables for cases diagnosed during the listed years are included in the current data release.